Written by Zach Lesage on 11/20/2020 at category
Vivid Voltage, our newest Pokémon TCG set, looks to add layers of depth to our current format that has already been over explored. You might be wondering, “What do you mean by over explored?!” Well, let me explain - due to the global pandemic of Covid-19, all of our Pokémon Trading Card Game play has shifted to PTCGO. With more players at home playing online, the community has worked together to find the absolute best decks for our Team Up to Champions Path metagame. Vivid Voltage acts as the light at the end of our tunnel by offering us many interesting cards, which include an entirely new form of rarity, that should keep the game fresh for the foreseeable future. Some of the more interesting concepts come from the new “Amazing Rare” cards like Jirachi and Raikou that both feature strong attacks, but require unique energy costs. The set also offers powerful Pokémon VMAX cards such as Coalossal VMAX and Orbeetle VMAX that will attempt to disrupt our metagame. With almost 200 cards being added to our available card pool on TCGO, this article will feature cards that I have handpicked; the cards I feel will actually go the distance! I have already picked up plenty of Pokémon TCGO codes from here to acquire what I need and you should too! Don’t forget that you can save 5% off your order by using my discount code zlesage5! Let’s look into my Top 5 cards - and away we go... 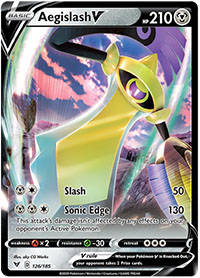 I contemplated on my top 5 VIV Pokemon TGC cards a lot to “try and get it right” and it wouldn’t feel right without Aegislash V (Vivid Voltage). To non-competitive players, this card looks like an average Pokémon V, but I am specifically looking at this card's Sonic Edge attack. With Arceus & Dialga & Palkia-GX (Cosmic Eclipse) and Lucario & Melmetal-GX (Unbroken Bonds) Pokemon TCG decks utilizing Metal-type Pokémon, Aegislash V seems like an easy inclusion to get around counters. What are these counters? Well, cards like Altaria (Champion's Path) and Decidueye (Darkness Ablaze) stop V, VMAX, and GX Pokémon from doing damage to them. Well, Sonic Edge gets through those Pokémon quite easily because it’s damage isn’t affected by any effects on your opponent’s Active Pokémon. You can easily power that attack with Metal Saucer (Sword & Shield) and Turbo Patch (Darkness Ablaze) to use Sonic Edge in a single turn. Additionally, you can utilize Aegislash VMAX (Vivid Voltage) to add more HP to this “tech” card and give your deck the power of its Max Hack attack. Maybe you don’t need to attack through a “Safeguard” Pokémon so this inclusion can give you a scalable attack to take some late game Knock Outs. As long as Metal-type decks continue to dominate our game, Aegislash V will be an option and I couldn’t overlook that fact when compiling this list. If you are sick of losing to pesky decks like Altaria or “DeciGoons”, give this card a whirl - you might just hack and slash your way to victory!
Approximate value on PTCGO: 3 packs of Vivid Voltage for a Regular Art 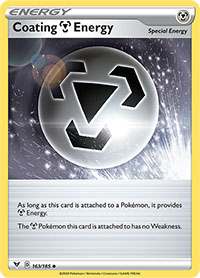 “Zach, Zach!!! You need to calm down on the cards for Metal-type Pokémon!!!”... I mean, I wish I was wrong, but cards like Coating Metal Energy (Vivid Voltage) add so much more potential to these Pokemon TCG online decks! This card will see play in Lucario & Melmetal-GX (Unbroken Bonds) decks, but I could see other Zacian V (Sword and Shield) decks benefiting from this as well. This code card is a replacement for Weakness Guard Energy (Unified Minds) because that card only provides Colorless Energy, not Metal Energy. That usually translated into only protecting your Zamazenta V (Sword and Shield) and Lucario & Melmetal-GX. Now, Zacian V can have protection against Fire-type decks, like Centiskorch VMAX (Darkness Ablaze), which makes most Metal-type decks more viable in general. Sure, you still need to worry about Crushing Hammer (Sword & Shield) and Team Yell Grunt (Champion's Path), but this is a much-welcomed addition to any deck that can use it. I promise that I am done with Metal-type cards for this set, I absolutely promise!
Approximate value on PTCGO: 1 pack of Vivid Voltage for a Regular Art 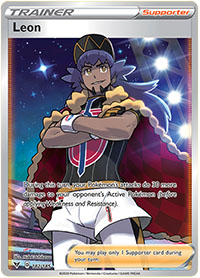 Upon my first glance of Leon (Vivid Voltage), I am reminded of important cards from pass formats, such as Choice Band (Guardians Rising) and Professor Kukui (Sun and Moon). Doing extra damage is always a plus and this card will always remain in style - unless a new card finds a way to one up Leon. If you are a fan of the ever-so-elusive ‘Zard, you might want to check out the natural pairing of Leon with the Charizard (Vivid Voltage) from this same set. The strategy is to discard as many copies of Leon to use Royal Blaze for at least 300 damage! Let’s not let that stop you from looking for other interesting pairings because Leon isn’t necessarily locked to Charizard, it can work with many different Pokemon. Perhaps we want Eternatus VMAX (Darkness Ablaze) to do 300 damage or Pikachu & Zekrom (Team Up) to do 180 damage with Full Blitz. Before the release of VIV, Vitality Band (Sword and Shield) seemed to be our only damage modifier that could be properly utilized; the release of Leon could single-handedly being out new strategies that couldn’t exist before. Another thought I have lingering in the back of my mind is pairing Leon with Magneton (Cosmic Eclipse) and Lt. Surge’s Strategy (Hidden Fates). You can use Mganeton’s Ability to search for three Supporter Cards, grab two copies of Leon + a copy of Lt. Surge’s Strategy, play all three Supporter Cards, and do an additional 60 damage. That might make a case for other interesting cards from VIV, such as Togekiss VMAX (Vivid Voltage), which can search out pieces of this combo with ease. The whole point I am trying to make here is that the current possibilities of Leon are endless and it will likely find its way into a handful of competitive decks during its playable lifetime. I wouldn’t sleep on the Champion of Galar and you shouldn’t either!
Approximate value on PTCGO: 1 pack of Vivid Voltage for a Regular Art 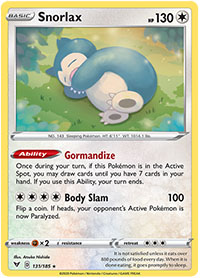 I struggled on where to place Snorlax (Vivid Voltage) on this list, but I ultimately placed it at second. Y’all might be wondering why I put a Pokémon with a weak attack like Body Slam on this list, but it’s here for its amazing Gormandize Ability. This card reads very similar to the elusive World Championship Qualifier Promo that is too expensive for most players to play - that should say something. In the history of the online Pokémon TCG, Abilities that draw cards typically are in high demand for top tier decks and they tend to make your deck more consistent. Gormandize is a great way to set up, get around cards like Marnie (Sword and Shield) and Reset Stamp (Unified Minds), and gather important cards from your deck. It is worthwhile to note that Snorlax has to be in the Active Spot and once you use Gormandize, your turn does end. Overall, this card will be successful - we just need to find the type of decks it works best in. This one will require some testing!
Approximate value on PTCGO: 2 packs of Vivid Voltage for a Regular Art 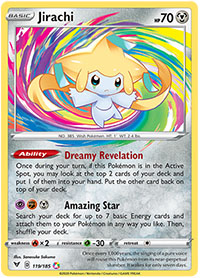 Finally, we made it all the way to the number one spot. Jirachi (Vivid Voltage) is one of the new Amazing Rare cards from VIV and is it ever exciting! Jirachi starts off with its wonderful Dreamy Revelation Ability that gives me Acro Bike (Celestial Storm) vibes. It doesn’t discard a card, but you do get to choose which card you are drawing, it doesn’t fall Asleep like Jirachi (Team Up), and that means we can use Air Balloon (Sword and Shield) or U-Turn Board (Unified Minds) to Retreat. It also has a unique attack, Amazing Star, that seems really good if powered up; I don’t think anyone has come up with a solid engine to get there though yet. Karate Belt (Unified Minds), Metal Saucer (Sword and Shield), and Turbo Patch (Darkness Ablaze) all seem like great ways to get the attack up and running. That all sounds interesting, but it might be tough to execute in game. Overall, we aren’t looking at this card for the attack, we are looking at the consistency that Dreamy Revelation brings to our format and it will likely find itself nestled into a handful of top decks. With this being the best card in the set, I highly recommend that you look into picking up a playset before it’s online pack-price rises.
Approximate value on PTCGO: 15 packs of Vivid Voltage
—
I hope this article has caught you up on the metagame shift that comes from Vivid Voltage since it has released not that long again. If you think that I missed any cards or if there is a card you want me to discuss in more detail in a future article - be sure to reply to this article and tag me in the comments. With almost 200 cards in total, Vivid Voltage is a massive set that will likely introduce many new strategies into our metagame. Whether you are a player or collector, I wish you the best of luck obtaining all of the amazing cards in this set, and be sure to check out PTCGOStore.com for all of your code card needs. 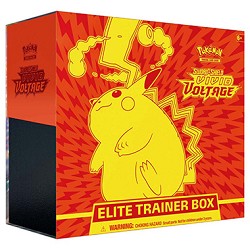 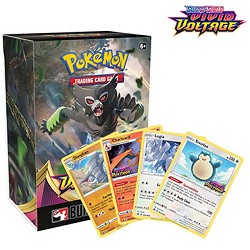