Written by Isaac on 12/19/2019 at category
Whats up PTCGO Store readers! Its Isaac again, bringing you another article this month! Today, I’m going to be talking about the San Diego regional championships and then taking a look into my favorite deck in expanded, Zorogarb.

After Daytona regionals, Gardevoir & Sylveon GX ended up winning the event and had a large impact on the meta in San Diego for several reasons:
All these decks did extremely well as they were played to counter certain decks and took up a large portion of the meta in San Diego.
Team DDG played a GX based Malamar list which took up 2 of the 8 slots in Top 8, and several others in day 2. Even though Malamar is unfavored vs the Gardevoir & Sylveons, it took good matchups against a lot of the rest of the field and only lost to consistency issues. After San Diego the format became decently defined now until the release of the new set in Sword and Shield. Every deck has been explored and played in different ways depending on the different shifts of the meta. In future standard events, Giratina & Garchomp and Lucario & Melmetal will get more respect after them doing well and other decks will change as a result of this. All these standard cards are available through purchasing codes here on the website on the Pokemon TCG Online!
Next I’m going to be talking about a much more fun format, expanded, and a deck that I feel is very well positioned at the moment. I have been testing this deck a lot recently on the Pokemon TCG Online. Let’s look at one of my favorable decks of all time and my current list, Zoro Garb. Here is my current list:
Pokemon - 23
Trainers - 31
Energy - 6
If you would like to check out and play this list on Pokemon TCG Online, be sure to check out our fantastic code selection here on our website!

Zoro Garb has been a deck I have been playing for the past year. I’ve topped a couple cups with it, and I placed 9th at Anaheim regionals last year with it and had some good finishes at a few other regionals as well. I think that the deck is very well positioned after the new bans in expanded as the deck didn’t lose that much other than Lt. Surge and Reset Stamp. The deck doesn’t have any polarizing matchups and takes 50-50s or better against most decks in my opinion. Let's go over some of my card choices in the deck.

The old Zoro Garb lists used to play 2 Shaymin, but when Unbroken Bonds was released, it felt more correct to add in Dedenne GX. The Shaymin is used for hands where you really don’t want to discard much from your hand and want to dig for more set up pieces. Dedenne is used to dig for certain cards in your deck. For example, if you must hit cards like Garbodor, Psychic Energy, and a Choice Band to get a knockout on a large opposing Pokemon.

Night March and Vespiquen are both very popular picks after the new bans, so playing this card is a must as it makes matchups favorable. Oricorio is also good in the Zoro Garb mirror since the deck plays a lot of Pokemon that end up getting discarded. It can swing the prize trade in your favor which is very important in a deck like this.

As others may think that playing two Trubbishes with the garbage collection attack is right, I think that one 70 HP should be played as it can offer a deck out option against some decks and it is good against various decks that spread damage such as Archistoise.

This card is pretty much just for discarding opponents opposing Power Plants when playing against EggRow and Gardevoir Sylveon GX. Plant can be super annoying for Zoro Garb to deal with as the main stadium card, Sky Field, is needed to do large amounts of damage.

I used to play 1 Garbotoxin and 2 Trashalance, but I didn’t have any room in this list, so I figured 1 of each could work. If I were to play a 60th card, it would 100% be a 2nd Trashalance Garbodor.

Against pretty much every deck, this card is great in targeting Shaymin EX or Dedenne GX. It is also very useful vs any tag team decks such as Reshiram & Zekrom and Archie Stoise.

Cherish ball in this deck is just a better Pokémon Communication, as it searches for Tapu Lele GX to get a Brigette as well as a Zoroark GX or Dedenne. It adds to the consistency the deck needs since it is a clunky deck before you start setting up.

Iris has always been good in my testing when playing against decks with large HP Pokemon, especially Tag Team decks. It is also a good late game finisher combined with Garbodor to hit big numbers to seal up games. It could be a potential cut, but I don’t ever see myself cutting it as it has won me too many games to ignore it.

This matchup could go either way just because turbo dark could pop off. If they can start one shotting your Zoroarks early on, it can be a lot tougher. However, if their start is mediocre, you can N them low late game and ability lock them with Garbodor. This shuts off most of their deck, including their draw engine. If the turbo dark player also does not manage their items in discard well enough, Trashalance Garbodor can take giant knockouts and swing the game. Setting up the Garbotoxin Garbodor early game is very important because once they attach too many energies, it can be over quick.

This matchup is good for Zoro Garb because of Garbotoxin. If you can get a Trubbish turn one with a float stone or choice band on the board, that is step one of a grindy gang. Garbotoxin shuts off their Vileplume’s ability which would not let both players play any items. Getting the tool on the Trubbish is very important because when they use a Faba to lost zone it, you can bench a Klefki and attach it to your Garbodor, turning off Vileplume’s ability. The only way they can really win is by lost zoning four double colorless energy with Faba. Some lists play 3-4 Faba which is something to watch out for as a Zoro Garb player. Just because their deck is inherently inconsistent, I believe this matchup is favorable, but should still be something you need to test in order to get the matchup down.

This is a matchup I have tested quite frequently amount over the past year with various builds, and I am confident to say that it is favored for Zoro Garb. With important cards such as Trashalance and a Rescue Stretcher/Super Rod, hitting two attacks with Trashalance is an easy task and can one shot their attackers at pretty much any point in the game because of Archie’s burning of items to get set up. Late game N plus Garbodor lock can be very tough for them to deal with and they are forced to draw a Field Blower or an Order Pad heads flip to get it. Playing smart with your bench in the early game as the Zoro Garb player is a crucial piece in this matchup. If you bench more than 3 Pokémon that can be knocked out by their Cross Division GX attack, then you are almost certainly going to lose. If you manage your resources and bench well, the matchup should not be a problem.

This matchup can be wacky if they get what they need turn one and two. Basically, their game plan is to keep healing their Gardeon every turn when you hit into it. Since you cannot one shot it, they can do this effectively until they have taken six prizes. Their Aromatisse is how they can fully heal every turn with things like Max Potion and Acerola, so setting up Garbodor and turning off their ability as fast as possible is the main goal. Holding your tools is very important as they play 1-2 Field Blower and can get 2 large heals in this way. If they end up setting up the six energies for the Magical Miracle attack when paired with a Power Plant, it is pretty much game over.

This is another matchup that I have tested a lot, and it is usually pretty close. Since their attack discards an energy every turn, conserving your Double Colorless Energies and your Special Charge is very important. Without Special Charge, this matchup is very challenging as all your Double Colorless Energies are gone after four attacks. Therefore, special charge is needed as Ultra Necrozma is a very hyped deck as of now. If they use the N plus Garbotoxin combo late game, while discarding a Double Colorless from the active, it can be very tough. Thinning your deck properly as the Zoro Garb player is important in this matchup as you want an out to a Field Blower or Colress off an N late game.

Unfortunately, I cannot talk about every matchup in the expanded format as there is a huge plethora of decks available to play. Zoro Garb has always been a very strong deck in the expanded format as most decks use Pokemon with abilities to set up, so it has a fighting chance against pretty much any deck in the format. Zoroark GX is also one of the best cards ever printed, and will continue to adapt to each new format it enters in. Overall, the new bans in expanded are a healthy step in my opinion, and pretty much rule out all the unfair control decks that we saw at Virginia and Portland Regionals. I am going to be looking forward to testing more expanded and exploring new decks that may now be good in this new meta. If you want to try out this deck, or any other of the meta decks I mentioned, be sure to check out our store to buy any Pokémon TCG Online Codes that you need! With that being said, I hope you guys enjoyed the article as much as I did! See you soon!
SHARE THIS POST
Previous Post
Next Post 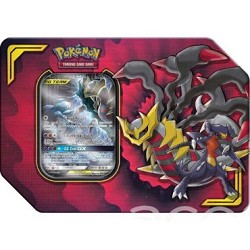 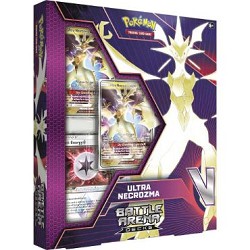 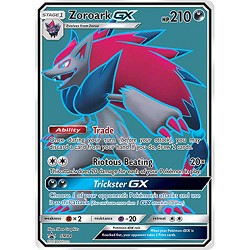