Written by Zach Lesage on 1/18/2021 at category
It might just be me, but do y’all like playing fun decks on PTCG Online? Like I know they might not be as good as Pikachu & Zekrom-GX (Team Up) or Arceus & Dialga & Palkia-GX (Cosmic Eclipse) decks, but they certainly are fun! I’m Zach Lesage, the recent Players Cup II Champion, and I’m here to showcase some of my favorite decks to play for fun! These decks typically aren’t the best competitive decks, but they usually have some kind of a gimmick that makes them a blast to play! Since some of these cards are hard to find trades for, you might need to open a bunch of packs. If that’s the case for you, you can use code zlesage5 to save 5% on your next order of codes at PTCGOStore.com. Let’s start splashing into these amazing decks! 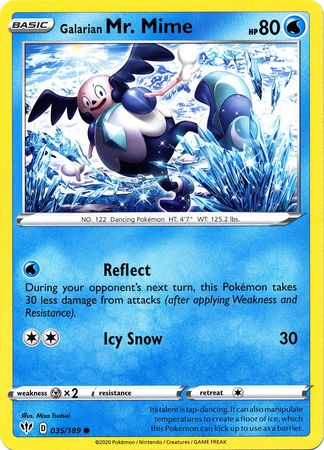 Who said fun decks can’t be a little mad? This deck features “Mad Party” Pokémon from Darkness Ablaze that does 20 damage for each “Mad Party” Pokémon in your Discard Pile. This deck has plenty of ways to pitch Pokémon away and to attack for a single Energy Card per turn. There is simply something fun about doing a bunch of damage with a Bunnelby.
Pokemon - 25
4 Sinistea SSH 89
4 Polteageist DAA 83
4 Bunnelby DAA 150
4 Dedenne DAA 78
4 Galarian Mr. Rime DAA 36
3 Dedenne-GX UNB 57
1 Oranguru SSH 148
1 Crobat V DAA 104
Trainers cards - 28
4 Professor's Research CPA 62
2 Boss's Orders RCL 154
1 Giovanni's Exile HIF 57
4 Evolution Incense SSH 163
4 Quick Ball SSH 179
4 Great Ball CPA 52
2 Great Catcher CEC 192
1 Pal Pad SSH 172
1 Electromagnetic Radar UNB 169
1 Tool Scrapper RCL 168
1 Ordinary Rod SSH 171
3 Air Balloon SSH 156
Energy - 7
4 Twin Energy RCL 174
3 Triple Acceleration Energy UNB 190
This is the same list that Gabriel Smart (@GabrielSmartTCG) used to make Day 2 at the Chill TCG Regional Championships and it is the leading way to play Mad Party. The goal is to discard as many “Mad Party” Pokémon as possible and attack for a lot of damage with the “Mad Party” attack on either Bunnelby or Polteageist. It is a balance of pure power and conserving recourses when playing this deck, but it plays out super fun. This deck doesn’t particularly have a great Arceus & Dialga & Palkia-GX match up, but it can beat Pikachu & Zekrom-GXmost of the time. Give this deck a whirl if you are looking for a super cool single Prize Card attacking deck! 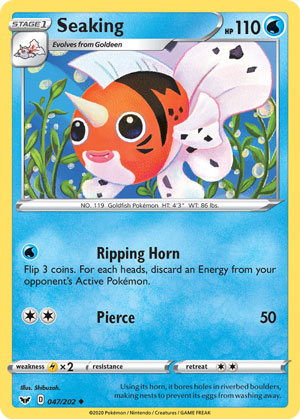 If you ever have the random desire to rip away all of your opponent’s Energy in play, this Alessandro Cremascoli (@iCaterpie) inspired deck is super duper cool! It’s not every day a new control deck gets born, but this one seemed to pop out of nowhere and certainly made its mark on our Pokémon community. Let’s look at this list!
Pokemon - 16
4 Goldeen SSH 45
4 Seaking SSH 47
3 Absol TEU 88
2 Zacian V SSH 138
2 Cryogonal UNM 46
1 Mew UNB 76
Trainer cards - 36
3 Boss's Orders RCL 154
3 Rosa CEC 204
3 Marnie CPA 56
2 Cynthia & Caitlin CEC 189
2 Team Yell Grunt CPA 67
4 Quick Ball SSH 179
4 Crushing Hammer SSH 159
3 Pokémon Communication TEU 152
2 Ordinary Rod SSH 171
1 Evolution Incense SSH 163
1 Lillie's Poké Doll CEC 197
1 Great Catcher CEC 192
3 Air Balloon SSH 156
4 Glimwood Tangle DAA 162
Energy - 8
4 Water Energy 3
4 Wash Water Energy VIV 165
The goal of this deck is simple, use Ripping Horn on Seaking (Sword and Shield) to take away all of your opponent's Energy. If you get a few Tails on your Coin Flips, you can always use Glimwood Tangle (Darkness Ablaze) to get another chance. Once your opponent doesn’t have many (or any) Energy left in play, you can lock them in place with Absol (Team Up), Boss’s Orders (Rebel Clash), and Cryogonal (Unified Minds). This deck plays a lot of tricky cards which makes it a bundle of fun to play against your friends - especially if they don’t know what you are playing! 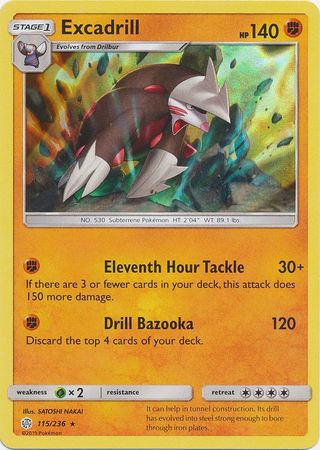 Sometimes decks are fun because they give you a good matchup against the top decks! That is the case with Excadrill (Cosmic Eclipse) as it seems to do well against Pikachu & Zekrom-GX and Eternatus VMAX (Darkness Ablaze) decks! The focus with this one is to isolate Pokémon who are weak to Fighting-type Pokémon and use Altaria (Champions Path) to stop all other Pokémon so that your opponent can’t attack. It’s an interesting strategy for sure, but we can thank Bruno Arruda for that one.
Pokemon - 22
4 Drilbur CEC 114
4 Excadrill CEC 115
3 Minccino SSH 145
3 Cinccino SSH 147
2 Swablu CPA 48
2 Altaria CPA 49
1 Dedenne-GX UNB 57
1 Mew UNB 76
1 Oricorio-GX CEC 95
1 Phione CEC 57
Trainers cards - 31
4 Professor's Research CPA 62
3 Hapu UNM 200
2 Marnie CPA 56
2 Boss's Orders RCL 154
4 Ordinary Rod SSH 171
4 Quick Ball SSH 179
4 Great Ball CPA 52
3 Pokémon Communication TEU 152
2 Pal Pad SSH 172
1 Great Catcher CEC 192
2 Martial Arts Dojo UNB 179
Energy - 7
7 Fighting Energy 6
Decks like this seem to pop in and out of Standard, but they don’t tend to stay long! Try creating your own version of this deck by finding strong single Prize Card Pokémon to pair up with a partner like Altaria. For all we know, this deck could be the real deal and take the throne away from Pikachu & Zekrom-GX!

Spiritomb (Unbroken Bonds) has been a deck that has been around forever, but it seems to fall out of the metagame from time to time. This deck in particular focuses on adding damage to Spiritomb to do extra damage and uses Jynx (Unified Minds) to move damage between your Pokémon. You can also add Spikemuth (Darkness Ablaze) to the list of damage modifiers in this deck along with Cape of Toughness (Darkness Ablaze) to give the deck an extra oomph! Let’s look at this deck by Vini Fernandez quickly!
Pokemon - 16
4 Spiritomb UNB 112
4 Jirachi TEU 99
2 Jynx UNM 76
1 Crobat V DAA 104
1 Hoopa UNM 140
1 Heracross UNM 107
1 Mew UNB 76
1 Oricorio-GX CEC 95
1 Phione CEC 57
Trainer cards - 36
4 Professor's Research CPA 62
4 Bird Keeper DAA 159
2 Boss's Orders RCL 154
4 Scoop Up Net RCL 165
4 Quick Ball SSH 179
3 Great Ball CPA 52
2 Switch SSH 183
2 Ordinary Rod SSH 171
2 Pokémon Communication TEU 152
1 Tool Scrapper RCL 168
4 Cape of Toughness DAA 160
4 Spikemuth DAA 170
Energy - 8
4 Darkness Energy 7
4 Hiding Darkness Energy DAA 175
The goal of this deck is to build damage on Spiritomb with Jynx and Spikemuth to do extra damage to your opponent's Pokémon. After that, you can attach a single Darkness Energy to Spiritomb and start swinging for a bunch of damage. There is something absolutely spectacular about putting a Cape of Toughness on a little Spiritomb and hitting for upwards of 300 damage! While you need to worry about simple techs, like Galarian Zigzagoon (Sword and Shield), this deck can certainly make up for some of its shortcomings with its charm!

That’s it for the deck lists in this article! I hope you are able to try out some of these super fun lists and maybe even win a game or two online! These decks are a great place to start exploring our current Standard format and a great way to enjoy playing PTCG Online! If you are missing any of the cards for any of the above decks, use code zlesage5 at PTCGOStore.com to save 5% on your next order of codes. Every bit counts right? Thanks again for reading and I can’t wait to be back soon with another article!

Zach LesageZach Lesage is a contributing writer for PTCGOStore.com. As a Toronto local, he has been playing the Pokémon TCG since 2005 and currently creates Pokémon content as his full time career. Under the moniker theloneblown, he creates YouTube content, Twitch streaming, and runs PTCGO events. With multiple prestigious accomplishments in the game, such as the 2020 Oceania International Championships Finalist and the 2019 Collinsville Regional Champion, he certainly has proven his success in the game. Outside of the game, he travels the world, enjoys the culture of designer streetwear, and is a professionally trained chef. You can find him at most large Pokémon events and follow him on Twitter @theloneblown.
SHARE THIS POST
Previous Post
Next Post