From Standard to Expanded format

Written by Zach Lesage on 12/28/2020 at category
“My Tapu Lele-GX (Guardians Rising) will nab me an Acerola (Burning Shadows) to win me the game!” Wait, what?!?!?! Aren’t those cards rotated out of our Standard format Zach? Well, the answer is yes, but it should be noted that the Pokémon Trading Card Game Online has a few formats, but Standard and Expanded are the most notable. While Standard plays with some of the most recent cards in the Pokémon TCG, Expanded “expands” that collection to include cards all the way back to Black and White! It might be daunting to think about playing with a pool of cards over the past decade, but it gets significantly easier when you realize that most decks are similar in both Standard and Expanded due to the power creep of the game. What I’m essentially saying is that newer Pokémon are typically overpowered compared to cards released a few years ago and Expanded usually only adds support Pokémon and amazing Trainer cards to top Standard decks. There are obviously some exceptions to that rule, but our current Expanded format is dominated by Coalossal VMAX (Vivid Voltage), Pikachu & Zekrom-GX (Team Up), and Zacian V decks (Sword and Shield). The goal here is to give you the necessary tools to carefully jump into the exciting Expandedformat and enjoy more of Pokémon TCGO. Let’s start by going over some format staples. 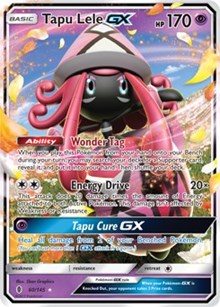 In the Expanded format, some cards tend to get played much more than others because they are extremely powerful. Similar cards may not exist in our Standard format so this section aims to introduce you to these staple cards.

Tapu Lele-GX is played because of its Wonder Tag Ability! You can search out a wide array of Supporter Cards and put one into your hand. This allows decks to play a more diverse range of Supporter cards rather than playing only Professor’s Research (Sword and Shield), Marnie (Champions Path), and Boss’s Orders (Rebel Clash) in Standard. Don’t sleep on its attacks either - Energy Drive can do some damage in a pinch and Tapu Cure GX might be part of a winning strategy!

Dowsing Machine (Plasma Storm) is an ACE SPEC card and that comes with a special ruling of only being able to play one copy of any ACE SPEC in your entire deck. In the case of Dowsing Machine, it is used to get back another Trainer Card which means it can be a Supporter, that much needed Dark Patch (Dark Explorers), or a Sky Field (Roaring Skies) to get as many Pokémon as you want in play. Having a “wild card” in your deck at the expense of discarding two cards is a relatively low cost and it opens up a world of plays. There are other ACE SPECs that are played too, such as Computer Search (Boundaries Crossed) to search out any card, and they are generally a staple in most decks! The biggest drawback? Their cost on PTCG Online makes them difficult for most to acquire. At the time of this writing, Computer Search costs a whopping 70+ Vivid Voltage packs. At least with ACE SPECs you only need to play one per deck right? Luckily you can use code zlesage5 right here at PTCGOStore.com to save 5% on your next order of codes!

Guzma (Burning Shadows) is a similar card to Boss’s Orders, but it also introduces a similar element as Switch (Sword and Shield). With it offering both a gusting and switching effect, you can modify your deck to include less gusting and switching cards overall. That might sound confusing at first, but let’s look at an Arceus & Dialga & Palkia-GX (Cosmic Eclipse) deck in Standard. Most lists play four copies of Boss’s Orders and four copies of Switch. If Guzma were to be legal, you could get away with much fewer copies of each because Guzma scratches both itches at the same time. While a few spaces might not sound like a big deal to some, you can use that extra room to accommodate for more tech cards or making your deck more consistent.

We have Quick Ball (Sword and Shield) in our Standard format, we have access to that and Ultra Ball (Shining Legends) in our Expanded format. It might be better to discard more cards out of our hands to draw more cards with Crobat V (Darkness Ablaze) or you might want to search any Pokémon out of your deck. That’s one of the fundamental issues with Standard right now, it is difficult to search out different types of Pokémon. Since Quick Ball only searches out Basic Pokémon and Evolution Incense (Sword and Shield) only searches out Evolution Pokémon - we are left with the limiting Pokémon Communication (Team Up) to catch both categories. That can sometimes lead to difficult situations because you might not have a Pokémon in your hand to toss back into your deck or you might need the exact Pokémon that Pokémon Communication requires you to toss back in the deck. Ultra Ball does a great job of adding a versatile Item into your deck to leave you with more options - successfully making your deck more consistent.

VS Seeker (Phantom Forces) is considered by many to be one of the best cards printed because it makes decks so much more compressed. The underlying theme for most Expanded cards is that they are usually dual-function which makes more space in the deck. VS Seeker is no different here - it allows you to play fewer Supporter cards overall! Since VS Seeker can be any Supporter card in your Discard Pile, you can play a more diverse spread of Supporter cards instead of playing four Professor’s Research, four Marnie, and four Boss’s Orders in most Standard decks. You can play two ofs and more tech supporters because VS Seeker will give you many options to grab back instead of being a hard Supporter. This means you can use Korrina (Furious Fists) to grab a Fighting-type Pokémon or you can grab an N (Noble Victories) to shuffle both players hands into their decks. The options are nearly infinite with VS Seeker - it’s like the Mewtwo & Mew-GX (Unified Minds) of Supporter Cards.
There are definitely more staples than that, but those are five cards that see a particular amount of play in the Expanded format. Let me know in the comments or DM me on Twitter if you were wondering about a few other cards in the Expanded format. 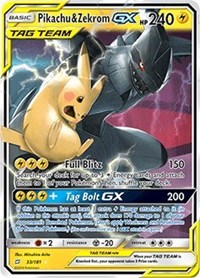 Here I will share a few Expanded decks to help you jump right into the format. If you want to learn more about this format, feel free to go to play.limitlesstcg.com, look at the completed events, and select an event from the list that has the “E” symbol for Expanded. Otherwise, I will discuss this format here at PTCGOStore from time to time. Let’s look at some of these decks.

I highly recommend experimenting with the Expanded format if you are looking to grow as a player or if you are getting bored of the slightly stale Standard format. While some cards, such as Computer Search, cost a bunch of packs, other cards are not so expensive. Either way, the best way to collect cards for any format is right here at PTCGOStore.com. You can always use my code zlesage5 to save 5% on your next order of codes to help you get closer to your Pokémon Trading Card Game Online goals. What am I up to next? Well, I’m coming off hot as the Players Cup II Champion and I’m preparing for both the Team Challenge event and Players Cup III. Expect a few more articles from me moving forward that are aiming towards helping you succeed at online events. Until then, enjoy playing Expanded to its fullest and feel free to reach out if you need any more assistance! 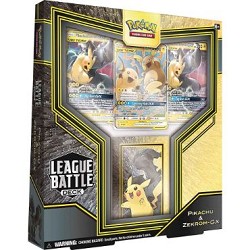 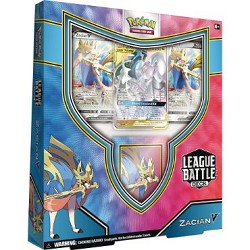