Written by Pokemon TCG trainer on 10/14/2021 at category Deck Lists
Top of the morning, Trainers! Today I have a bit of a different article for you as it feels like the online circuit may be coming to a bit of a close. I wanted to cover a unique event put on by Pokémon, the “Draft the World” tournament that was most recently won by Xander Pero. It’s an interesting event where players essentially drafted high-caliber decks from previous World Championships and play different formats of Pokémon.
“There's a world-class Pokémon TCG tournament coming up, and you won't want to miss a minute of the excitement. To help celebrate 25 years of Pokémon, the Draft the World tournament will showcase the top decks and top-level players from the 2014–2019 Pokémon World Championships.
Eight of the best Pokémon TCG players in the world will relive the best decks and matchups from past World Championship competitions in a double-elimination bracket extravaganza. Each round of the event will focus on a different World Championship, and all players will use exact copies of the decks that made it to the top tables for that year.
To shake things up, before the tournament begins, the players will draft the decks they wish to play. What decks will be picked first? Will the matchups you know and love play out the same way, or will a new pilot be able to take their deck all the way?”
We can take a peek at the structure of this event, and how it panned out.
I booted up my Pokemon Trading Card Game Online app, loaded up some PTCGO codes, and then traded those Pokemon online codes to trade for these decks talked about within the article. I was very excited, and it honestly didn’t take that many PTCGO codes to make the decks. If you’re looking to buy some codes, we sell them here on PTCGO Store, and I highly urge you to check out our competitive pricing and swift delivery! Let’s talk about the newest tournament, Draft the World!

The invitational bracket is a different one altogether that navigates six different years within the Pokémon TCG: 2018, 2015, 2019, 2016, 2014, and finally 2017 in that order. Once you triumph one format, you’re immediately put into a different era in the next round. If you lose, you’re also put into a different era which can be advantageous for you if you have a good matchup or even better yet a strong handle on that format. Many of the players listed within this tournament are extremely seasons players who have excelled in quite a few of these eras: some players haven’t touched a few eras, however. Here is the roster of players:
Pablo Meza (Mexico)
Lydia Hombach (Germany)
Xander Pero (USA)
Ross Cawthon (USA)
Tord Reklev (Norway)
Nathalia Fernandes (Brazil)
Chase Moloney (Canada)
Michael Pramawat (USA)
All of these players have won or top cut a major event of some sort, whether that be a Regional, International, or for a few players, even a World Championships. They’ve been threats in many eras of Pokémon or contributed majorly to the game in some way, and have a vast depth of the intricacies between each format. Since this was an invitational tournament, I’d expect each player to be very strong in some way.

Since this article would go on forever if I decided to go over everybody’s deck choice, I wanted to highlight a few key choices from Xander that led to his victory over Ross Cawthon in the eventual finals. I think Xander chose some excellent decks along his journey, and I wanted to talk about some of the key decisions he made that brought him home the trophy. Let’s look at the initial draft round: 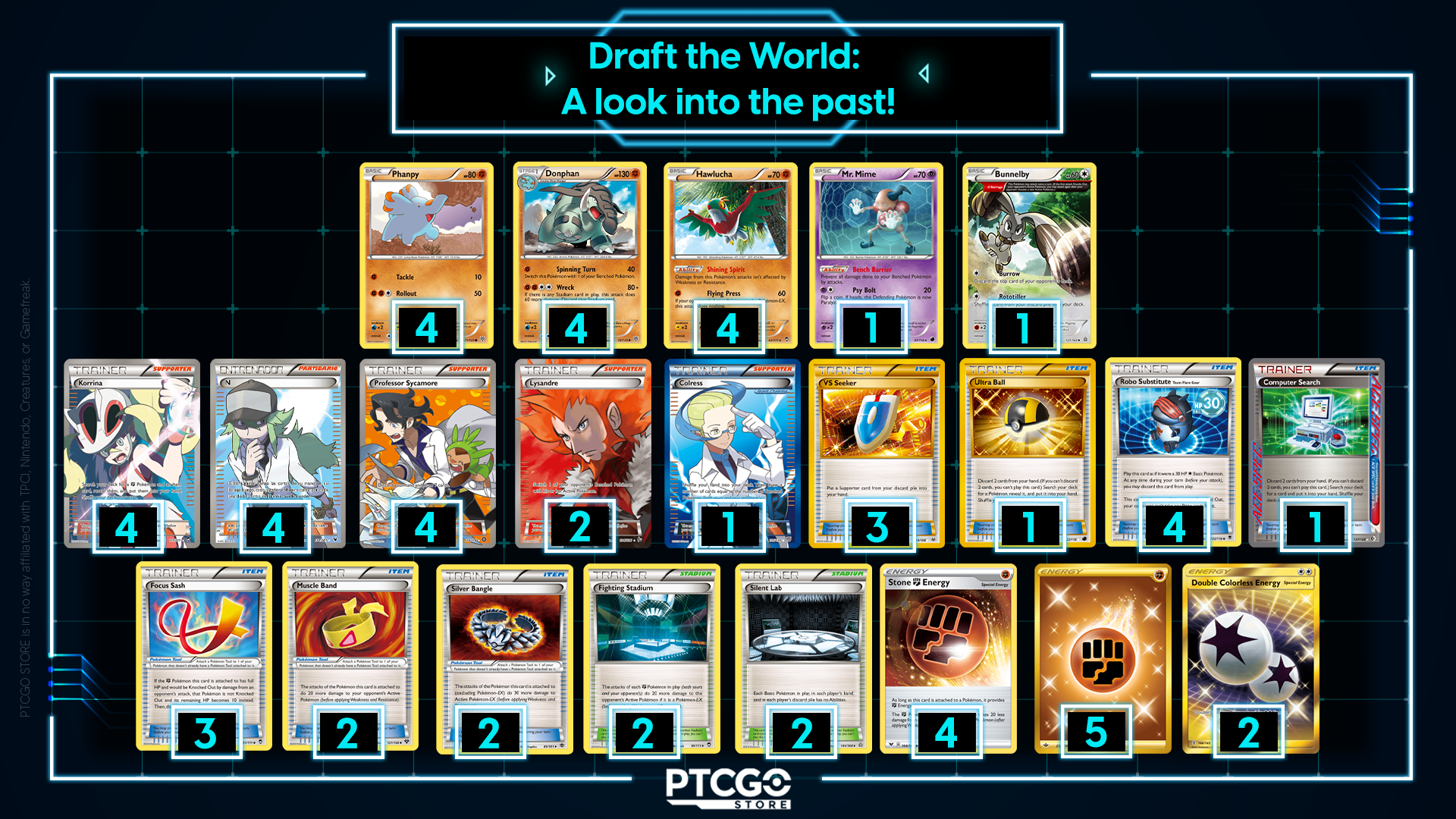 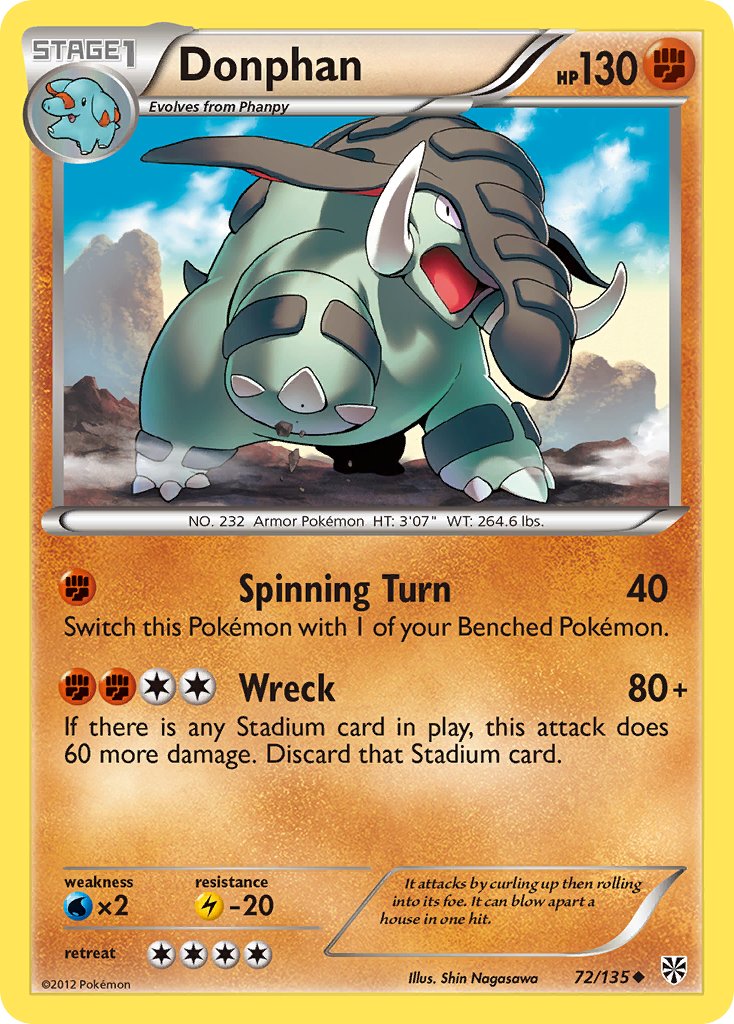 This era was full of Seismitoad-EX, one of the most impactful cards to be printed (of all time). Item-lock was a very viable strategy at this point, and many pokemon online decks were unable to handle the pressure. Jeffrey Cheng’s Donphan can occasionally struggle against this archetype, but has viable answers to the rest of the format! Focus Sash alongside a single Prize Card attacker was oftentimes too much for decks to handle, sometimes even having to hit a Donphan twice to OHKO it. Factor in Robo Substitute as well as being able to pivot to the bench, and you have yourself a deck made in heaven.
KOing a Donphan was a pesky task during this era, mostly because you had to use a Lysandre to KO it (and you oftentimes would have to Lysandre it back up once again because of the Focus Sash). Even if you did KO the Donphan, it was a very low-maintenance attacker that could just be setup once again. Donphan’s Wreck attack can score huge KOs on EX Pokémon in order to swing the Prize Exchange in your favor. I haven’t even gotten into Hawlucha, which with the right situation can act as a free pivot after a Spinning Turn, or get off a Flying Press into an EX Pokémon.
This deck preyed on Lighting-type Pokémon such as Mega Manectric-EX while still being able to take on random threats like Klingklang. This deck came 2nd and 4th at the World Championships this year in the Senior Division. It was chosen because of how polarizing its matchups can be, and it surely came through for Xander. 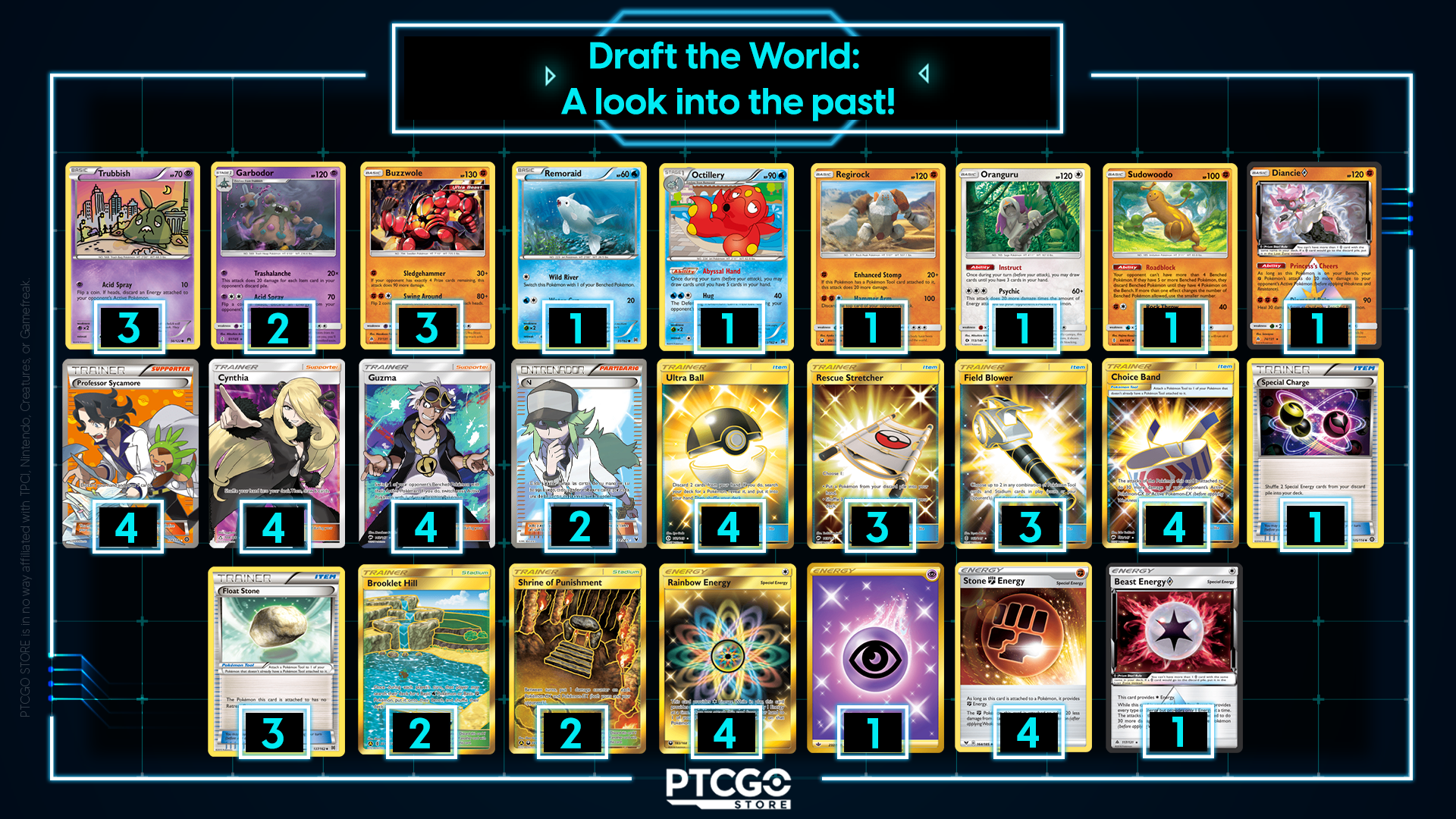 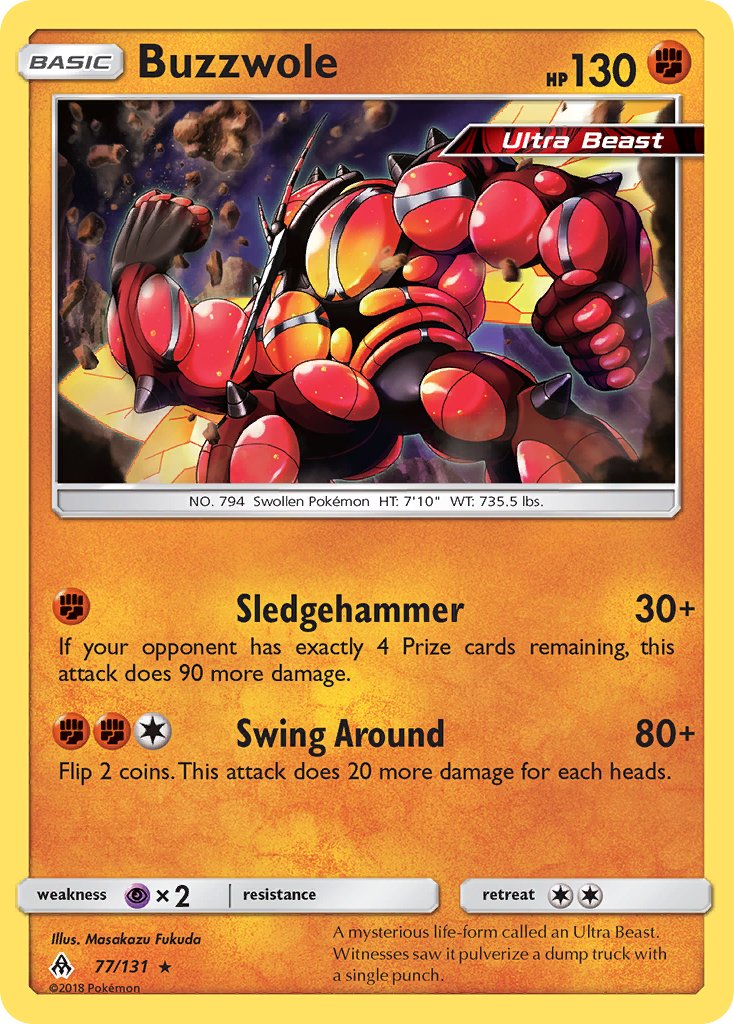 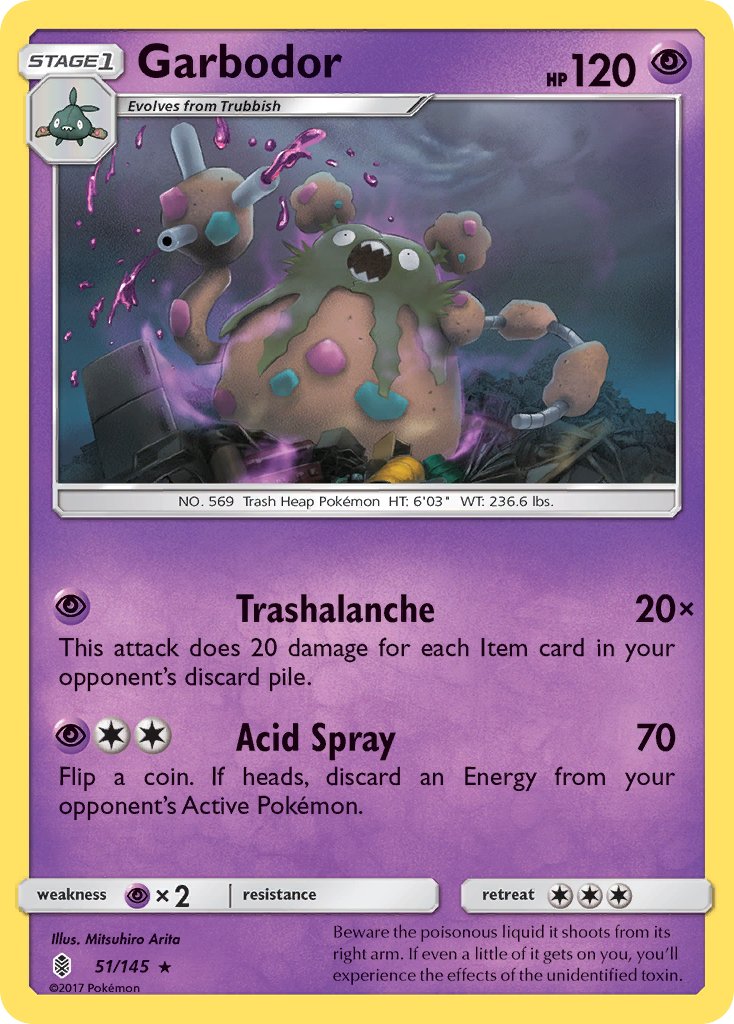 This format was a very balanced one, with many Garbodor running around (both Trashalanche as well as Garbotoxin) coupled with BuzzRoc, Greninja, and the onslaught of Zoroark-GX decks that swarmed the World Championships that year. Buzzwole Garbodor was a very well-rounded meta counter that was aided by the then-recently-released Shrine of Punishment. It was very strongagainst decks like Turbo Rayquaza-GX, and for stacking damage into tanks like Zoroark-GX and Buzzwole-GX. Tapu Lele-GX was everywhere at this point and was a vital card in most decks.
This deck was entirely basedaround single Prize Card attackers that would poke the opponent and take cheap Prize Cards down the line. Sledgehammer turns were vital and oftentimes found the opponent playing many Items to combat the onslaught of Buzzwole that they faced. This would cause Trashalanche to do a lot of damage, especially when buffed by Choice Band and Shrine of Punishment. Beast Energy and Strong Energy were also a solid buff for this deck, allowing for key OHKOs with Swing Around. Ultimately this deck lost a mirror match to Magnus Pedersen’s Banette/Garbodor deck, which was able to punch Connor’s Pokémon for weakness while also possessing resistance. 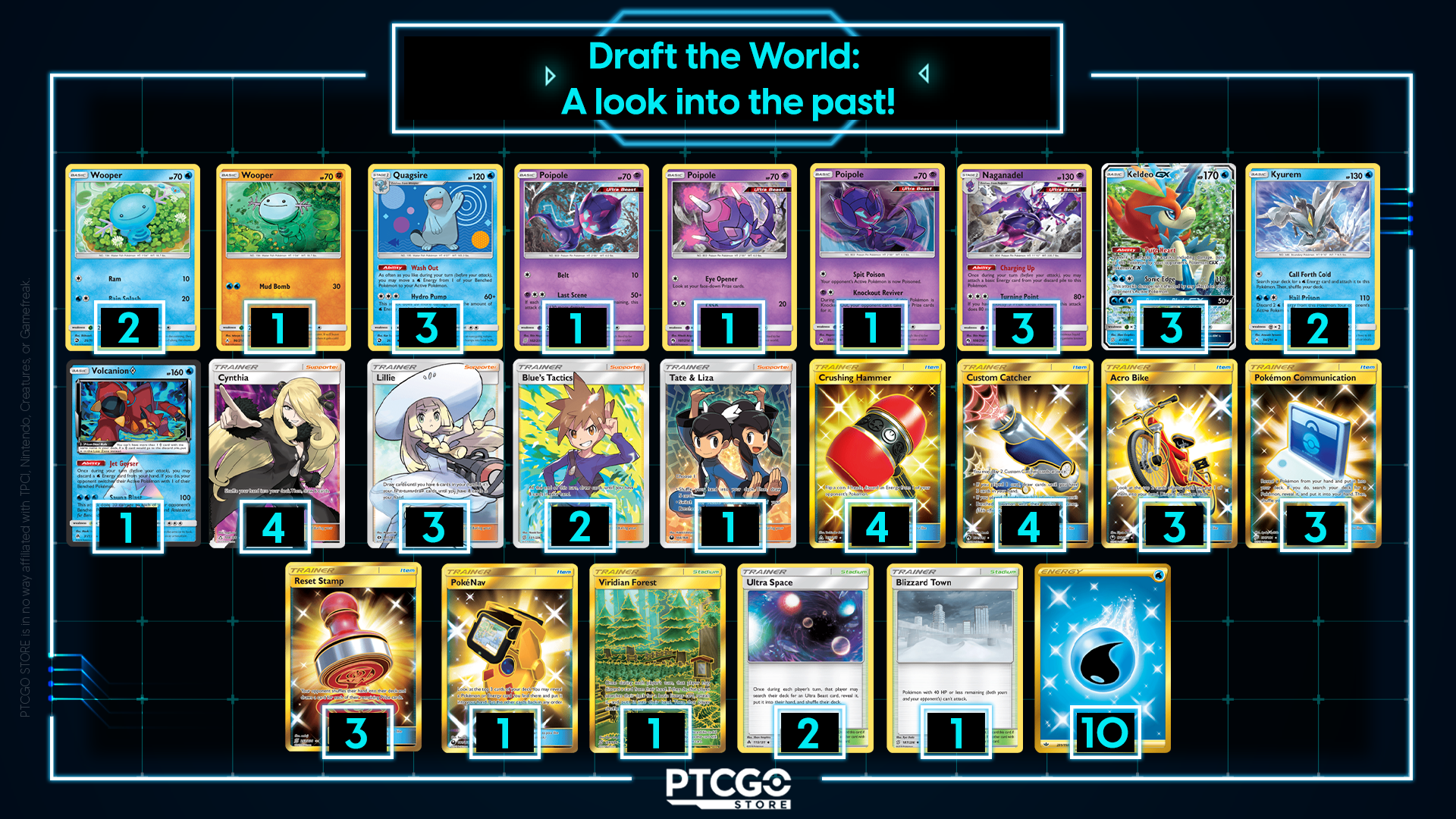 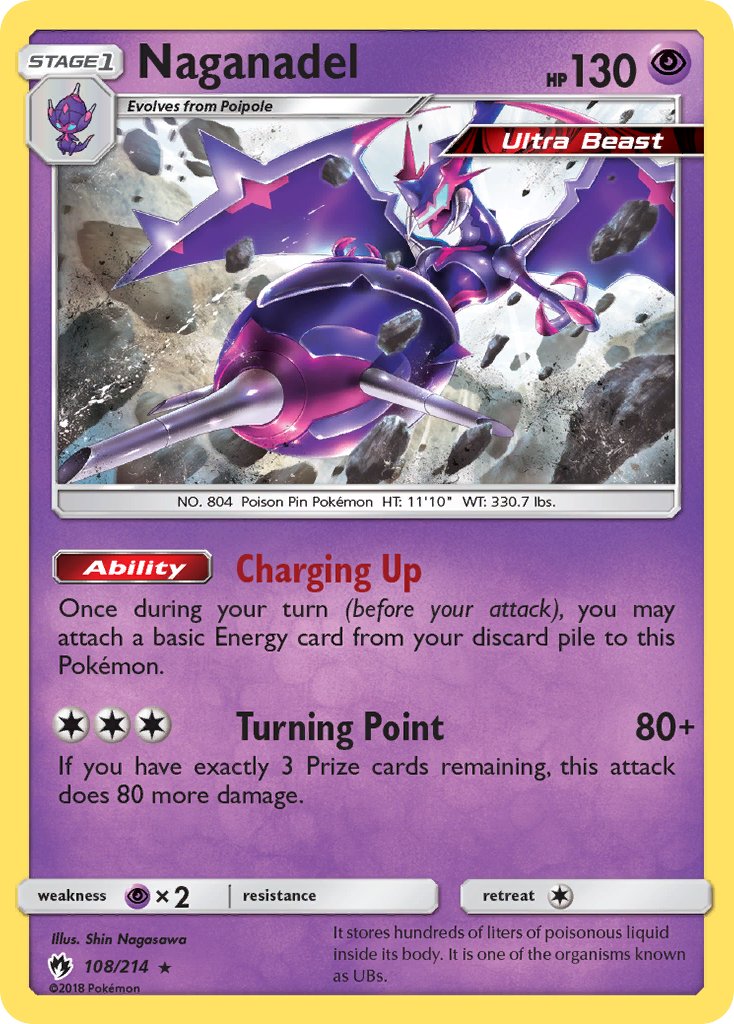 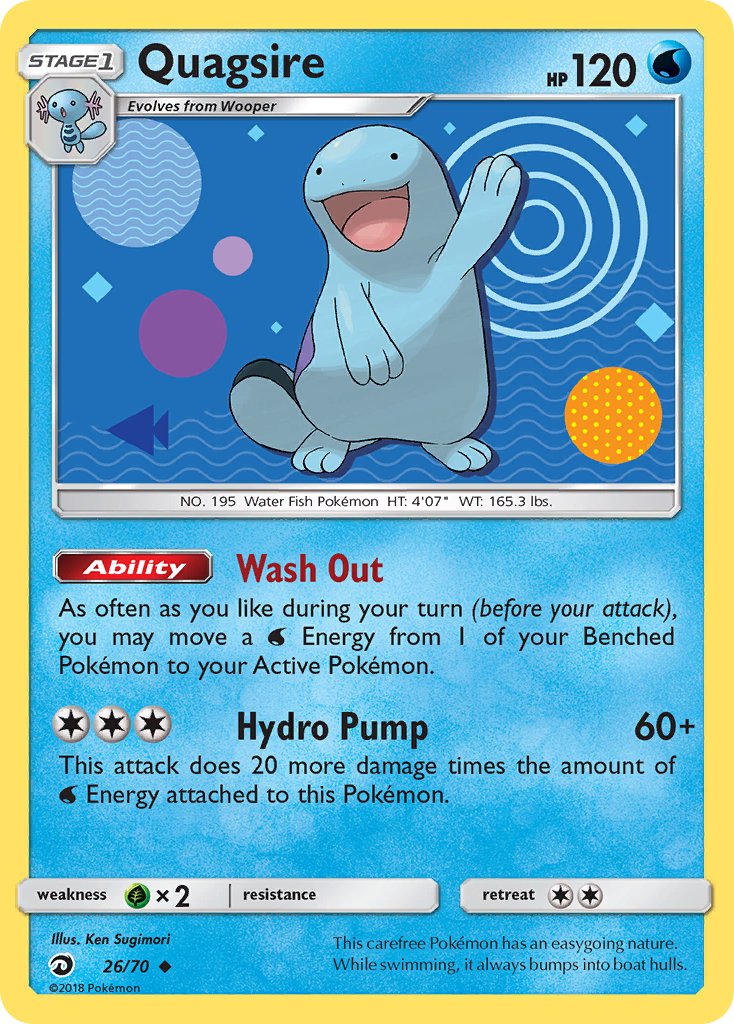 This was arguably the most interesting pick from Xander’s first day - a deck that didn’t make Top 8 at the World Championships, but rather a deck that came Top 32 (I believe) and did so in quite a fringe manner. This deck is relatively inconsistent but possesses some MAJOR strengths that other decks in the format can’t really handle. First of all, NagQuag has an “unlimited” flow of energy, meaning it can regenerate and attach energy infinitely throughout the game, making this deck essentially immune to Crushing Hammer.
Secondly, many of the Pokémon in this format were weak to Water-types: Reshiram and Charizard TTGX, Blacephalon-GX, etc. There’s a lot to love that a single Prize Attacker in Quagsire can OHKO a three Prize Attacker! Keldeo-GX is also another factor that is difficult to push through with its Sacred Heart ability - it’s essentially a GX Pokémon with a Safeguard-style ability. This couldn’t be a better buff for the deck and surely won Xander many games.
I also just wanted to touch on the fact that this deck has a lot of weird cards that many decks didn’t play in this format. Cards such as Crushing Hammer and Blizzard Town must have proven difficult for many archetypes to handle. I’m unsure how this deck does against Mewtwo Toolbox, but surely it did well against the rest of the format (including the surprise Pidgey Control deck).

It seems Xander’s strategy for this tournament was to take polarizing decks with very strong matchups against a few pokemon online decks rather than a broadened metagame. I liked seeing him pick these because these types of decks tend to be extremely powerful when setup, however mildly inconsistent at times. In a small tournament like this one, you can afford to play a deck like that because you only need to setup a few times to win the tournament.
If you’re looking for PTCGL codes for Pokemon TCG online play, feel free to pick some up in our shop. We offer PTCGO codes at a very competitive price and ensure instant delivery of your Pokemon TCG Live codes directly to your email. Thank you for reading this article today on the PTCGO store! Have a great day.
SHARE THIS POST
Previous Post
Next Post