Written by Gabriel Smart on 8/15/2022 at category Articles
Hey, what's up, PTCGO Store readers? Gabriel Smart is back with another article today! The 2022 Pokemon World Championships are fast approaching, and the metagame has been developing rapidly. Players from across the globe will be descending on London, UK, for the World Championships to crown the next big winners! I personally will be attending the Pokemon World Championships and am actively preparing for this event. The 2022 Pokemon TCG World Championships is by far the biggest Pokemon event of the year, and it is so amazing to see it return after its 3-year hiatus due to Covid. Today, I am going to be going over one of the biggest sleeper decks heading into the event! By the way, if you are looking to save some cash on PTCGO codes for current, and upcoming sets, make sure to use code SmartTCG to save 5% off your next order. Let's dive into the decklist that I have constructed of Arceus Duraludon VMAX! 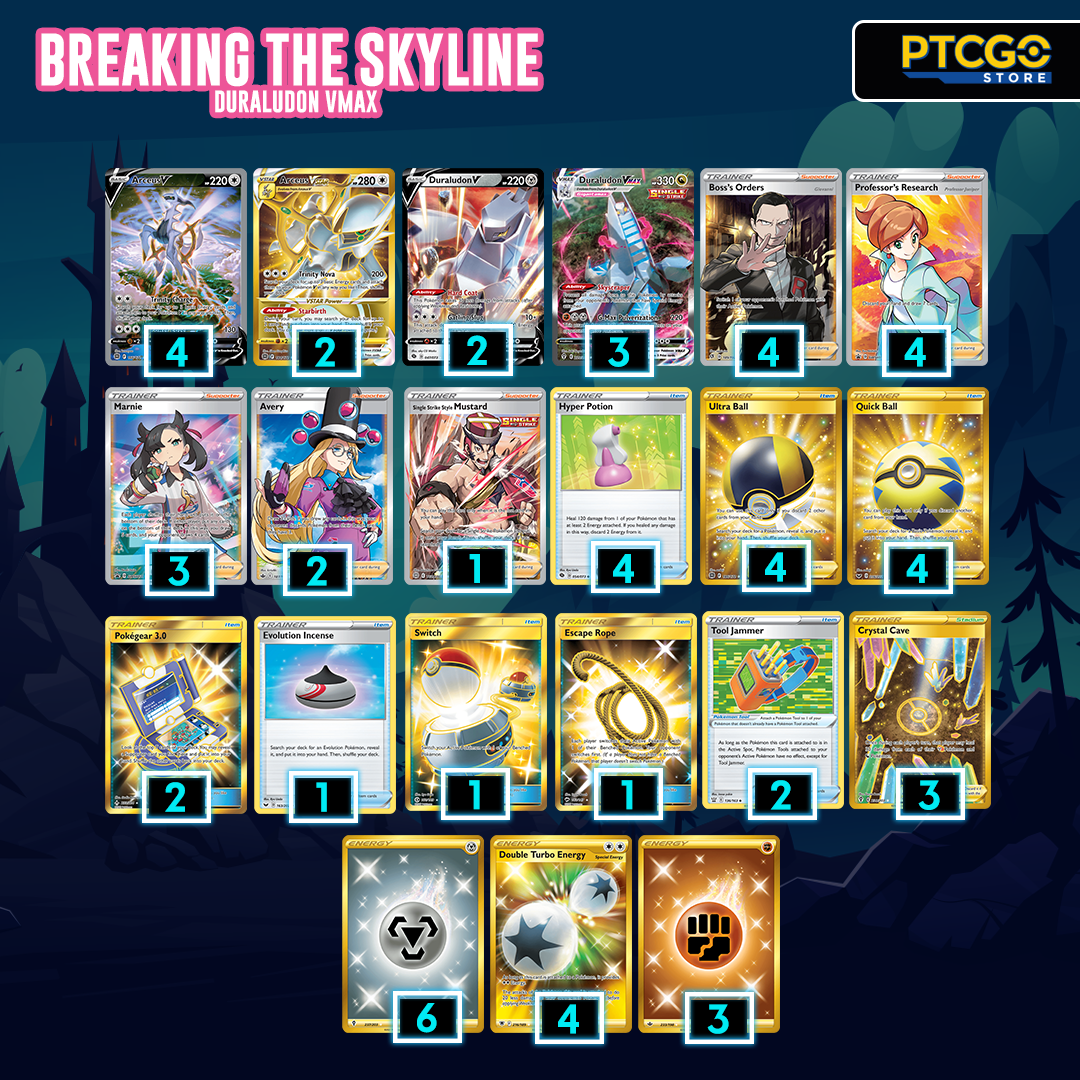 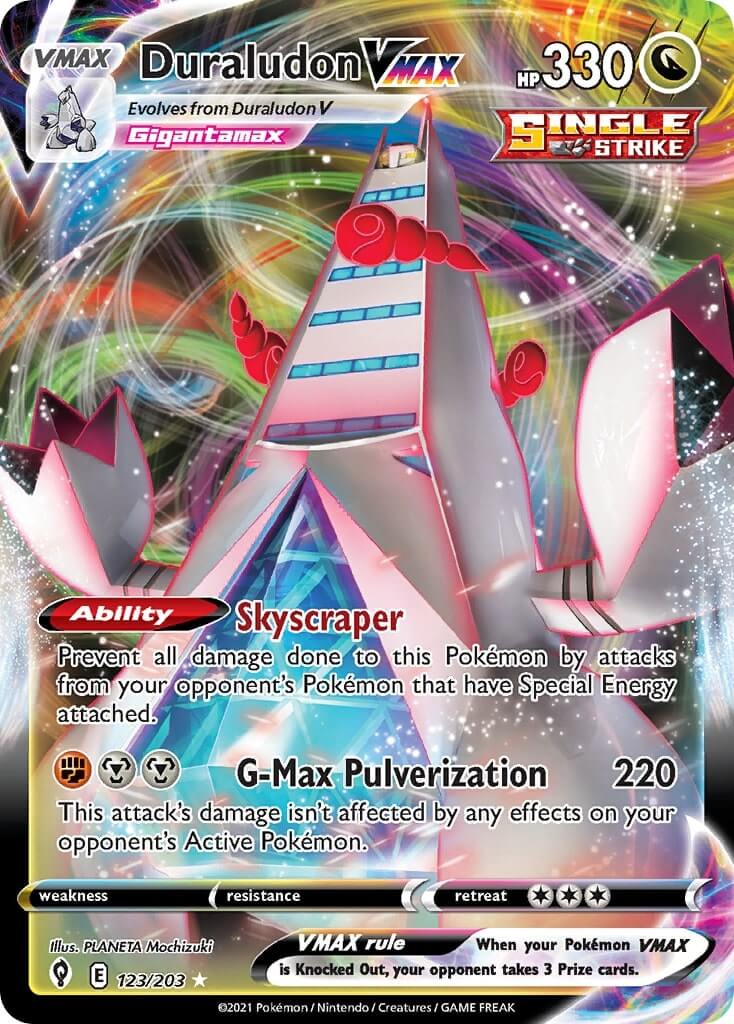 As the metagame has evolved, Duraludon has held steady against many of the power shifts in the format. Duraludon most recently won the Milwaukee Regional Championships, asserting itself as a true force in the standard format! Now, you might be wondering, what makes Duraludon such a good deck right now? I am going to be going over my top 4 reasons as to why this deck is so powerful in the current metagame!

Duraludon VMAX has one of the most meta-altering abilities in the game! “Skyscraper” prevents all Pokemon with “Special Energy” attached to them from being able to do damage to the Duraludon VMAX! This ability has forced Pokemon TCG online decks like Regigigas, Arceus Variants, and more to alter their decklists to include heavier counts of Path to the Peak to counter this incredible ability. Although Path to the Peak (Chilling Reign) is still a very prevalent card in the format, just forcing decks to continually find this card makes it one of the most annoying decks to play in the format!

Duraludon VMAX is a deck that has been relatively disrespected since its release in Evolving Skies. Many TCG Trainers think the deck is more of a joke rather than a true threat in the standard format! Now, this has allowed for the deck to move into the perfect position to shock the world again, as it did at the 2022 Milwaukee Regional Championships in June. When this deck is heavily teched for, the deck will struggle mightily in the format. However, when people begin taking out those tech cards or Pokemon TCG Online decks like Mew VMAX and see a major downturn in popularity, the metagame begins to turn back in favour of Duraludon VMAX! This deck kind of reminds me of the Decidueye decks that terrorized the format from time to time. There would be times when Decidueye would dominate the format for a few days, taking down major online cash tournaments. Then, players would begin to add tech cards like Aegislash V (Vivid Voltage), and the deck would fall back into obscurity in the metagame, waiting for its chance to pounce on the metagame again! As players begin to disrespect the deck more, the deck gets even more powerful. Right now, this deck is in the perfect position to rebound in success and take the 2022 Pokemon World Championships by storm! 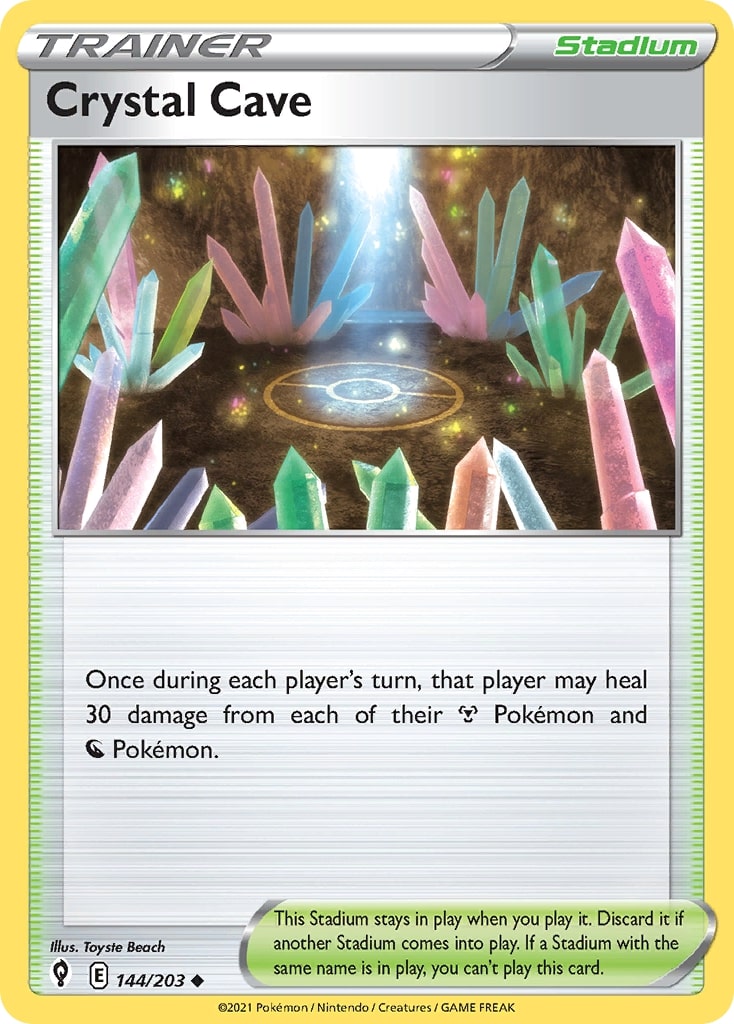 With a whopping 330 HP, Duraludon VMAX is one of the bulkiest Pokemon in the Pokemon TCG! Now, its ability is not all it has going for it, the healing package makes it one of the most resilient decks currently! Injected into the list are cards like Crystal Cave (Evolving Skies), Hyper Potion (Sword and Shield), and finally, Big Charm (Sword and Shield), which make Duraludon oftentimes a Pokemon that can only be knocked out in 3-4 attacks! There is more benefit to this healing, though, it opens up the pathways of either running your opponent out of resources or buying you enough time to make huge comebacks in games! If you can stick a well-timed Hyper Potion, you can lock some of the biggest decks like Palkia VSTAR (Astral Radiance) and Arceus VSTAR (Brilliant Stars) out of the game! 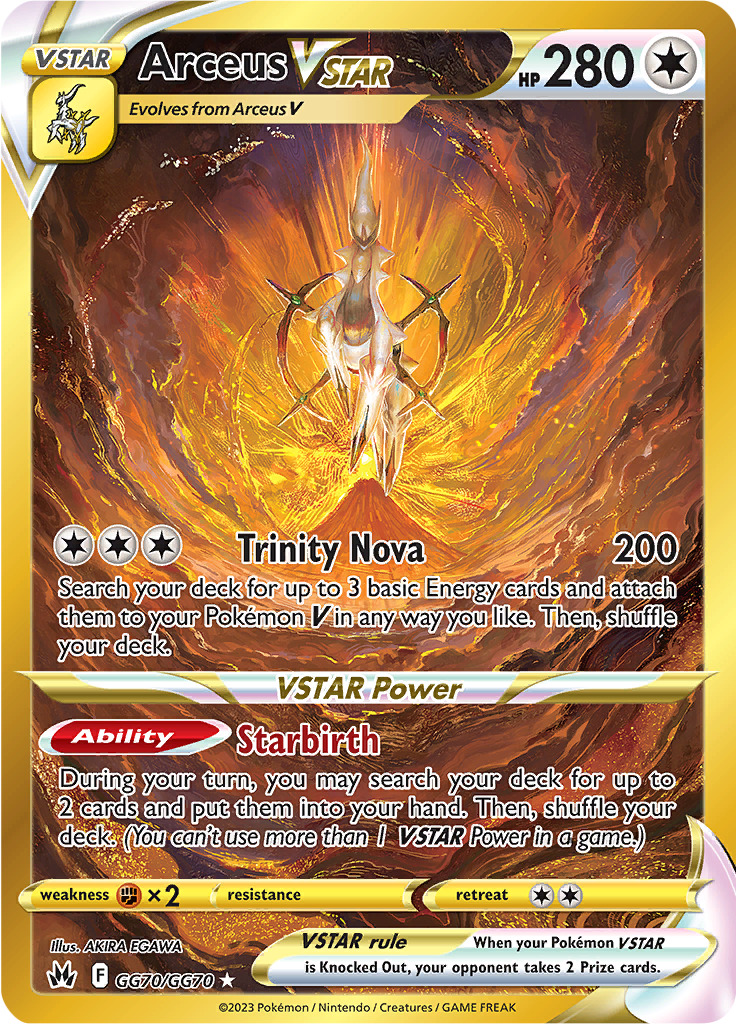 Last but definitely not least, we have Arceus VSTAR (Brilliant Stars). Now, without Arceus, this deck would not be possible! Arceus is the glue that keeps this deck from falling apart during the early game. Although powerful, Duraludon VMAX is a deck that has exceptionally shaky early games, as the deck struggles to power up its Duraludon VMAX very quickly. Arceus VSTAR is the perfect remedy to all the decks' flaws. Arceus’s Trinity Nova, or Trinity Charge, will power up Duraludon as quickly as turn 1! Once a Duraludon gets up and running, it is one of the most pulverizing forces in the metagame and can sweep opponents' entire board states in just a couple of turns! Arceus VSTAR also is able to disrupt the prize trade in a perfect way. If piloted correctly, you will be able to force your opponent to knock out 1 Arceus VSTAR and 2 Duraludon VMAX! This will make it, so your opponent technically has to fight through 8 prize cards worth of Pokemon! Forcing your opponent to spend just that little bit extra amount of resources to take an extra knockout can be the determining factor in whether you win or lose a game!

Duraludon VMAX is poised to make a run at the 2022 Pokemon TCG World Championships. The matchup spread right now has continued to increase in strength as the metagame has begun to centralize more and more around decks that the deck performs stellar against, like Palka VSTAR. As of right now, I think this makes a fantastic choice for upcoming tournaments, and I cannot wait to see how it performs! I hope you all enjoy the upcoming Pokemon World Championships! Some of the best players from around the world will be competing here, and make sure to check out the stream on either Pokemon Youtube or Twitch channel! As it is in London, it will be starting very early in the morning for most in the western hemisphere of the world, but I hope you can all tune into the event! For players/spectators attending, enjoy the moment. Worlds is one of the most incredible experiences and is an amazing place to meet incredible people from all around the world! That's all for me today! Make sure to check out all the PTCGO codes on the PTCGO Store, and use code SmartTCG to save 5% off all purchases on the website! I will speak with you again soon!

Gabriel Smart is a contributing author to PTCGO Store. Regarded as one of the best players in the Pokemon TCG, he currently plays the Pokemon Trading Card Game Professionally. You can see him on Twitch, Youtube, and Twitter, under the name SmartTCG. You can also locate his coaching services on Metafy.GG/@SmartTCG, if you are looking to improve your skills. When he is not travelling or creating content, he is spending time with his family or watching/playing sports like Baseball and Basketball.
SHARE THIS POST
Previous Post
Next Post